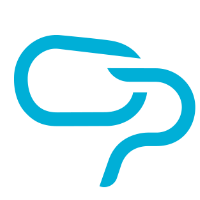 Without WebDAV, files can only be uploaded to the learning platform via conventional upload forms. You can either select each file individually or several zipped files at once. With WebDAV, you can easily drag and drop individual files or even entire directories from your computer to the learning platform using the file manager of your operating system and keep them up-to-date.

How can I use WebDAV?

To access a folder of the learning platform via WebDAV, proceed as follows:

You need the following data from your user profile:

Open the user profile to look up your access data:

Now connect to your learning platform using the specified URL as well as your user name and password.

Most operating systems offer direct WebDAV support (e. g. Windows, Mac OS X, Linux), which may only give limited access to functions and does not yet work properly.

Another way is to gain access with an independent WebDAV client such as Cyberduck or WinSCP, which is described in the WebDAV access configuration with WinSCP section. In this case, the WebDAV server is directly integrated as a drive in the respective file management system (such as Windows Explorer). We therefore recommend the use of a WebDAV client. Corresponding software is available for various operating systems.

If you have successfully set up the connection, a new drive will open on your computer containing the following sub-directories:

The use of WebDAV is directly supported by the following operating systems:

WinSCP is a freeware tool for the Microsoft Windows operating system, which can be used to set up WebDAV connections with ease. The following instructions only describe the WebDAV connection with the OPAL learning platform. Notes on further functions can be found on the manufacturer's website: https://winscp.net/eng/docs/start

Alternatively, you can use other tools, they usually work in a similar way.